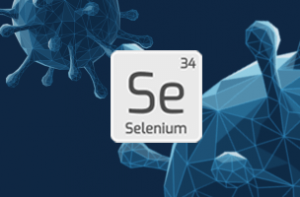 A balanced diet is key for human health promotion. Among essential nutrients, Selenium is shown to be deficient in many countries worldwide. In animals as well as in humans, Selenium deficiency is associated with compromised immunity and increased susceptibility to various diseases including the recent epidemic caused by COVID 19. Production of Se-enriched eggs, meat, and milk could be an important approach to deal with human Selenium deficiency.

Many centuries ago, Hippocrates’ observations on the relationship between health and nutrition led to the beginning of a discussion about the factors that influence our health. However, over the last few decades, it has become obvious that although our lifestyle, with reference to our diet, stress, smoking, medical attention, exercise, and genetics, is a major determinant of our health status, our diets also play a pivotal role. Nutritional practices in most developed countries have recently changed the focus from fighting nutrient deficiencies to addressing nutrient requirements in order to maintain good health throughout ones’ life. However, people do not all consume the same food, and they meet their nutritional needs in many and various ways. Food is the major source of micronutrients and natural antioxidants, including vitamin E, vitamin C, carotenoids, flavonoids, selenium (Se), etc. It is necessary to take into account that all antioxidants in the body play very important functions and are key to maintaining the redox balance of the body, to preventing oxidative stress, and maintaining good health status, all of which help to prevent disease. The main antioxidants in the bodywork as a “team”, which is responsible for antioxidant defense. In this team, which is better known as the antioxidant system, Se, in the form of selenoproteins, plays a pivotal role and has been defined as the “chief executive” of antioxidant defense.

Deficiencies of micronutrients, including essential trace elements, affect up to 3 billion people worldwide. The dietary availability of trace elements is determined to a great extent by their soil concentrations. One such micronutrient is Se, and up to 1 in 7 people are affected by an inadequate dietary intake of Se, which is also known to affect the health of livestock.

The main problem with Se nutrition is the great variability of Se concentrations in various foods, which is directly correlated to the Se concentration in the soil where crops and vegetables are grown, and livestock is raised. Furthermore, the availability of Se to plants depends on many factors, including the soil pH, the oxidation-reduction potential, and the mineral composition of the soil, the artificial fertilization rate, and rainfall. Since the Se content in plant and animal-based feeds depends on its availability in the soil, the level of this element in human foods varies to a great extent from region to region. In this regard, higher levels of rainfall and lower soil pH have been predicted, due to the ongoing climate change, thereby increasing the likelihood of a poor Se status for both livestock and humans.

A climate change projection has recently predicted future global Se soil losses in which 66% of croplands could lose up to 8.7% of Se. These losses will further increase the worldwide deficiency of Se.

The World Health Organization (WHO), USDA, and EFSA have recommended a human dietary intake of Se of 55–85 μg/day for adults (the EU Recommended Dietary Allowance – RDA of Se is 55 μg/day, while the USA RDA varies from 55 up to 70 μg/day for various categories of people;. Selenium deficiency and a low daily Se dietary intake can cause endemic diseases or other significant environmental health problems, such as Keshan disease (a degenerative heart disease frequently observed in Keshan, China) and Kaschin–Beck disease (a form of osteoarthropathy that causes deformity of the joints). The daily dietary intake rate of Se varies considerably between countries/regions. Se deficiency has been reported in parts of China (Keshan disease areas), Saudi Arabia, the Czech Republic, Burundi, New Guinea, Nepal, Croatia, and Egypt for daily Se intake rates <30 mg/d. In addition, many other countries, such as India, Belgium, Brazil, the UK, France, Serbia, Slovenia, Turkey, Poland, Sweden, Germany, Spain, Portugal, Denmark, Slovakia, Greece, the Netherlands, Italy, China, Austria, and Ireland, have been identified as having Se deficient areas, because the daily Se intake levels are below the WHO recommended amount of 55 mg/d. About 76% of the countries throughout the world are located in Se-deficiency regions, where the daily Se intake level is lower than 55 mg/d for adults.

Selenium is an essential element for humans and animals in order to have adequate bodily functions. The beneficial effects of Se on health are well known, and they include the protection of body tissues against oxidative stress, the maintenance of defense against infection by modulating the immune and inflammatory responses of the body, the modulation of growth and development, as well as having possible anti-carcinogenic properties.

Se deficiency is associated with a decreased expression of various selenoproteins in human tissues, which in turn affects the major metabolic processes, including antioxidant defense and redox homeostasis, and these are major factors that are involved in the immunocompetence and prevention of different diseases. Therefore, an extreme Se deficiency is associated with the development of Keshan disease and Kashin-Beck disease. Furthermore, a low Se status of the general population is believed to increase the risk of developing cancer, cardiovascular disease (CVD), Alzheimer’s, cognitive decline/dementia, thyroid autoimmune disease, problematic fertility/reproduction, rheumatoid arthritis, and a variety of other diseases. An insufficient dietary selenium intake has also been shown to impair immune competency, to reduce defense against various viral and bacterial diseases, and to diminish the resistance to toxic heavy metals.

The information that has been accumulated actively over the last 20 years indicates that Se is among the major immunomodulating agents. Selenium affects all the components of the immune system, including the development and expression of natural nonspecific and specific humoral and cell-mediated responses. In general, a deficiency in Se appears to result in immunosuppression, whereas an optimal Se supplementation appears to result in augmentation and/or restoration of the immunologic functions. In fact, a deficiency in Se has been shown to inhibit resistance to microbial and viral infections, to compromise the neutrophil function, antibody production, and the proliferation of T and B lymphocytes in response to mitogens, and cytodestruction from T lymphocytes and NK cells. The relationship between nutrition and viral infection has also been studied. It seems likely that a deficiency in Se could be an important factor in the increased susceptibility of animals and humans to viral and bacterial diseases. Indeed, as a result of Se deficiency, the consequent high production of reactive oxygen species (ROS) and increased oxidative stress of a host can lead to an increased virus mutation rate ( Figure 1), which in turn can result in the emergence of viral pathogens with new pathogenic properties. Therefore, Se deficiency is associated with a mutation of the viral genotype, whereby a virus can be converted from a benign strain to a highly virulent one. Such RNA viral mutations have been reported to be faster and longer-lived in Se-deficient individuals than in healthy ones both in animals and humans.

As mentioned above, viral infections normally compromise antioxidant defense by simultaneously increasing the generation of ROS with downregulation of the biosynthesis of antioxidant enzymes in the infected cell. Some of the viruses that are associated with ROS production are the human immunodeficiency virus (HIV), the hepatitis B virus (HBV), the hepatitis C virus (HCV), the Epstein-Barr virus (EBV), herpes simplex virus type 1 (HSV-1), the vesicular stomatitis virus (VSV), the respiratory syncytial virus (RSV), human T cell leukaemia virus type 1 (HTLV-1) and influenza viruses. Immune responses are intimately linked to inflammatory processes, and these in turn are inter-related to the production of ROS and redox control processes. Furthermore, viral infections are often correlated with macronutrient and micronutrient deficiencies. In fact, a selenium deficiency is common among patients infected with viruses. For example, ROS production can increase the expression of inflammatory cytokines through an increased NF-κB activity, and it seems likely that Se modulates inflammatory and immune processes through redox functions. An excessive body production of ROS causes damage of all biological molecules, including polyunsaturated fatty acids, proteins, and DNA, thus causing protein aggregations and gene expressions errors. For example, coxsackievirus is an enterovirus that causes Keshan disease. Evidence suggests that Se supplementation could prevent the development of Keshan disease by enhancing viral immunity and by preventing genetic adaptations in the viral genomic RNA, which together result in a reduced virulence and cardiac pathology. Heart damage has been observed in animal studies upon infection with a non-cardiovirulent strain of coxsackievirus B, albeit only in Se-deficient mice, whereas mice fed Se-adequate diets showed no evidence of such heart damage. This deficiency was reflected in a higher viral load on the heart of the Se-deficient mice as well as in a lower antigen-specific T-cell response, compared to that of the Se-adequate littermates. In fact, benign forms of both Coxsackievirus B3 (CVB3) and influenza virus type A can rapidly mutate to virulence in hosts with an Se-deficient status. Similarly, a recent study has demonstrated that Se supplementation in chickens challenged by a low pathogenicity avian influenza virus (H9N2) increases the expression of antiviral response genes, which can lead to a reduction of virus shedding from infected birds. A large number of micronutrients in the diet, including Se, play a fundamental role in maintaining an “optimal” immune response. As a component of selenoproteins, Se is required for the effective functioning of the main immune cells, including neutrophils, macrophages, NK cells, and T lymphocytes. A high intake of selenium may help relieve oxidative stress and prevent an uncontrolled immune and inflammatory response. An epidemic caused by a novel coronavirus (COVID-19 or SARS-CoV-2) belonging to the same group of β-coronaviruses as the severe acute respiratory syndrome (SARS) that appeared in 2002 and in the Middle East Respiratory Syndrome (MERS), is currently spreading throughout the world and threatening human health and the world’s economy.